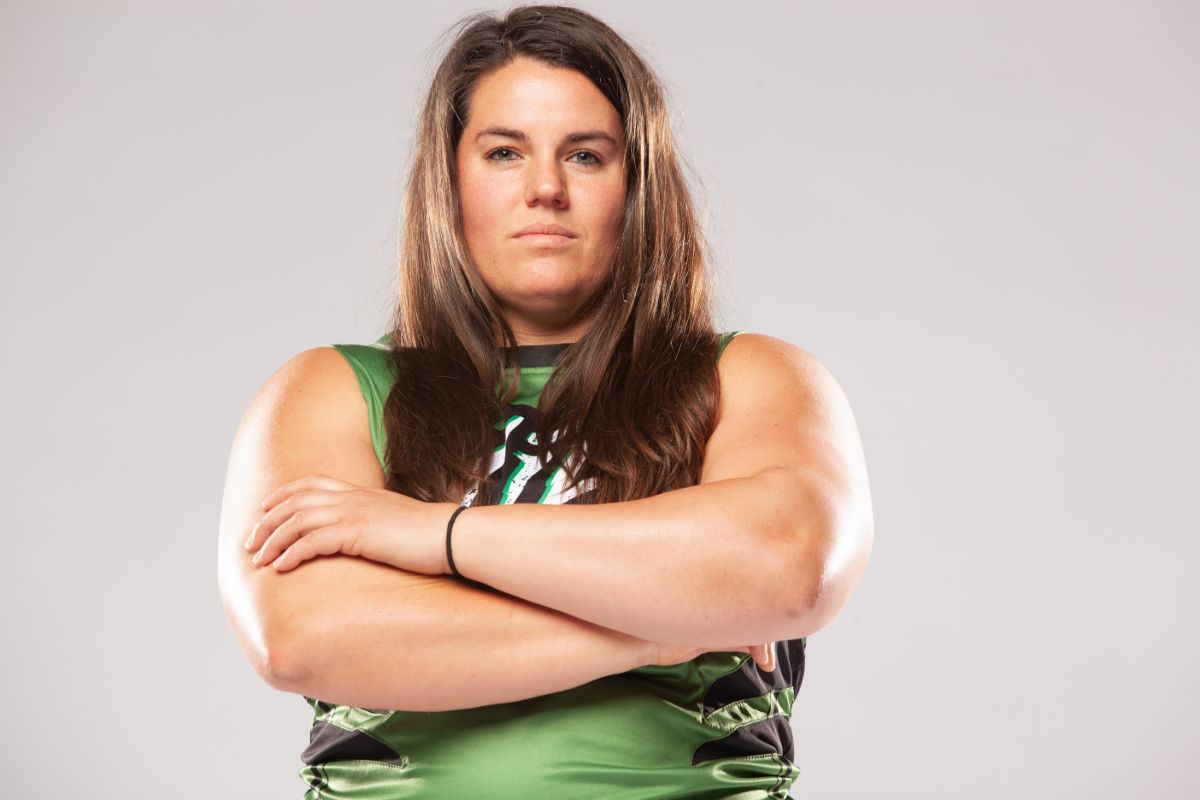 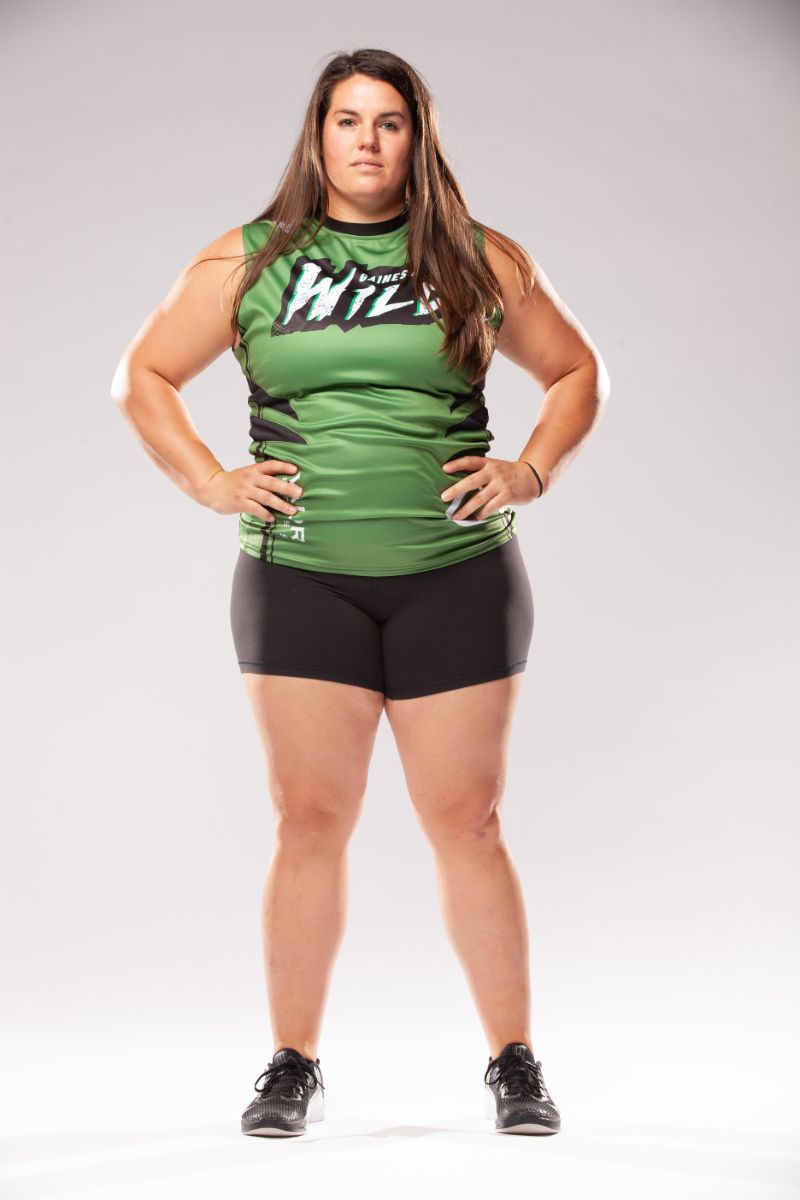 What is a brief overview of your origin story. Where you grew up, early family situation, athletic background, school, early jobs, travel, etc?

I grew up in Tulsa, OK. Daughter of Pam and Derek Rader. Sister to Jake Rader and Katy Thacker. We all played sports. My mom was a gymnast, dad and brother played football and my sister was a cross country and track runner (her college team the naia national championship for cross county).

I grew up playing softball and gymnastics until 8th grade (in case you ever wondered why I can handstand walk—that’s it). In 8th grade I transitioned to track. Everyone thought I should be a runner because my sister was an incredible runner. I made it 2 weeks and came home with the announcement I was going to become a thrower so I didn’t have to run. I spent the next 4 years on the varsity track team for Union highschool. I spent years cross training in a local boxing gym with a former professional boxer, Cecel Pettigrew.

I walked onto the track team at Oklahoma State, earning a scholarship after the first year. I spent the next 4 years throwing. After college I started CrossFit because frankly I was lost as an athlete and had no idea what I should be doing. IMO we don’t do a great job helping college athletes transition out. After competing in CrossFit for several years I signed up for a local strongman competition at the urging of Syerd Evans.

I ended up winning the competition unknowingly qualifying me to compete for America’s Strongest Woman.

I reached out to John Bauman who had been my college coach, told him what was going on and asked if he would help me prepare. We had 8 weeks, he programmed me perfectly into the competition. I lost by 1 rep with a 130# circus dumbbell on the last event of the competition. That loss has sat with me. I have never lost an event on circus dumbbell since that day.

Finishing 2nd in America’s Strongest woman quaffed me to compete at the Arnolds for The world championships. I fished 4th. Not bad for the 3rd strongwoman competition of my life.

Out of the 2016 Arnolds world Champions the first division of professional Women in the sport of strongman was born. The top 4 finishers were named pro’s and invited to compete at the 2017 Strongest Woman in the World. This was the first time women were paid for competing. I finished 2nd, qualifying to competed at the Arnolds in the pro division. Since then I have competed several times for Strongest woman in the Word, Worlds strongest woman, or olds pro women championships and americas strongest woman.

What is your current occupation, family situation, and focus in life?

I’m married to Adam Pilkington, live in Bentonville Arkansas. I work for Walmart as Director of US Sourcing and Manufacturing. We are trying to grow the current footprint and bring new manufacturing to the United States. If you have a good idea let me know! 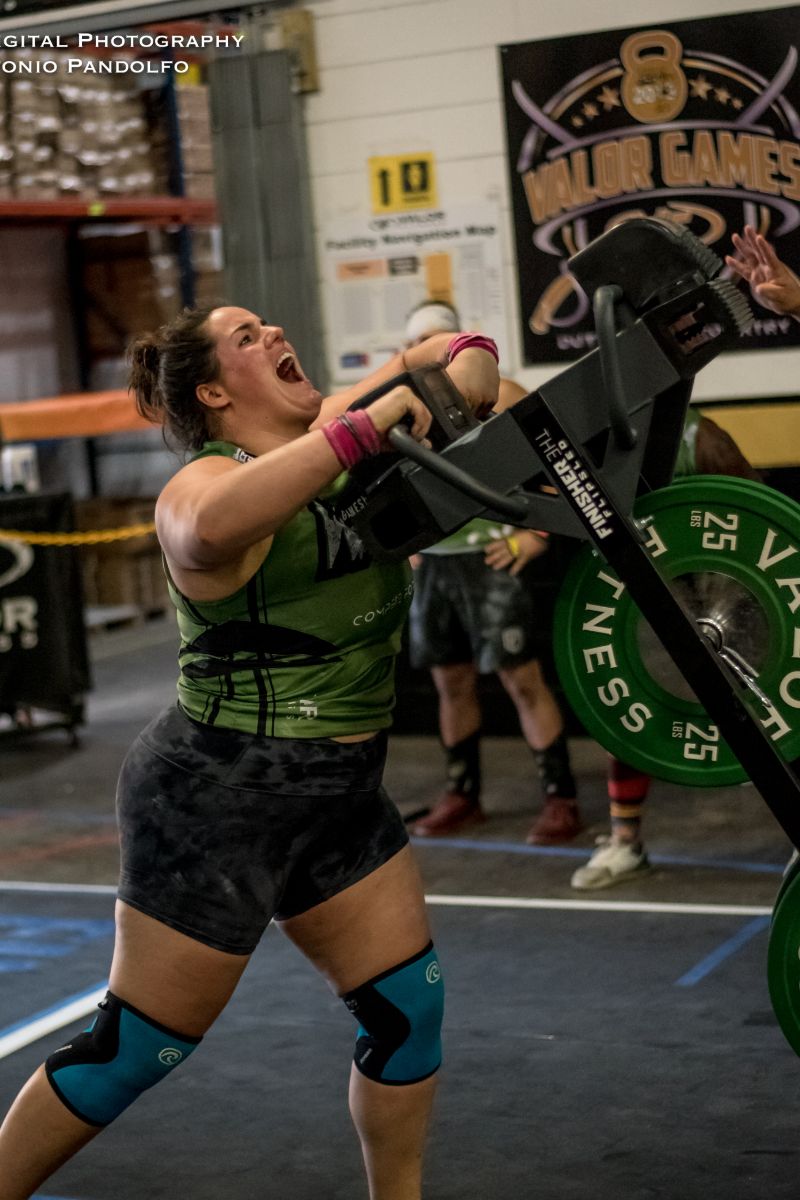 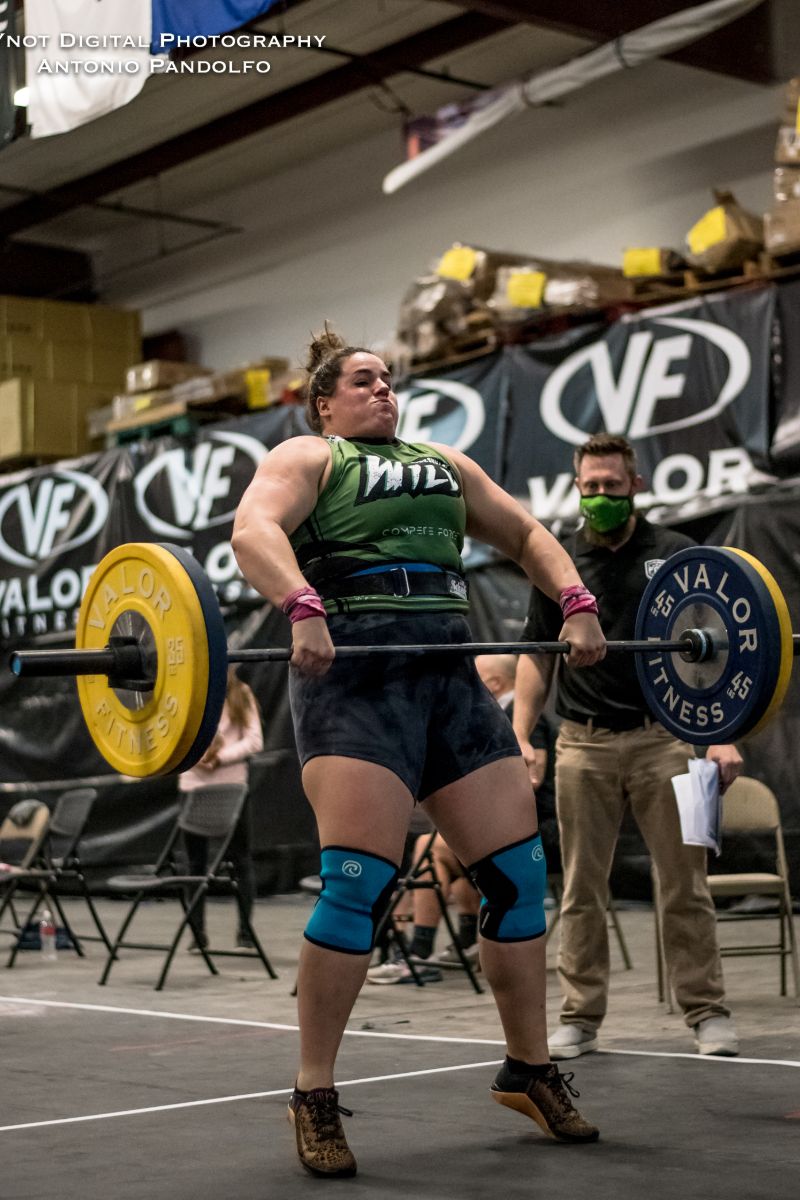 What is something interesting that people would like to know about you?:

I enjoy sewing and painting.

How do you prepare to play on the GRID and other forms of competition. How do you think about nutrition, training, and other factors that contribute to your readiness.:

John Baumann does a great job programming my training to be prepared for both strongman and grid. If you ever watch the Gainsville Wild (if you haven’t you should) the team really plays into my strength often using me where a man would be used on another team. John makes sure I’m prepared for it all!

My husband would say my nutrition plan is “a lot of heavy protein and green beans” . He is the main cook at our house and helps make sure we stay on track. One training cycle without realizing it we at green beans almost every day for 8 weeks. His one request after that was that we don’t eat green beans every day (I was so focused I hadn’t ever realized I had been requesting them every day).

A usual training/eating cycle is about 220-250 gsm of protein a day. I like to take 1 day and go for brunch—tusk and trotter carrot cake waffles being my favorite cheat meal.

Describe what is it like to play on your team?:

The Gainsville Wild is the best team I have ever competed with. Our team is made up of a lot of athletes with diverse backgrounds. Everyone shows up prepared to do their job. We work together, playing to each athletes strengths and get the job done.

How did you get involved in GRID? Did you come through the American Grid Trials? Tell us the story!:

I was picked up by the Miami Surge during the Grid League trials years ago. I ended up not competing with them due to a conflict with Worlds Strongest Woman. Dan Jackson was one of the Surge coaches. He joined the Gainsville Wild and introduced Adam Muhr to me. Adam asked me to join the Wild. I thought it sound fun!

What is important for people to know about the sport of GRID? How does it compare to your other forms of competition?:

Grid is a team sport using the different skills of specialists and utility players to work together for competition. It’s fast paced and fun! 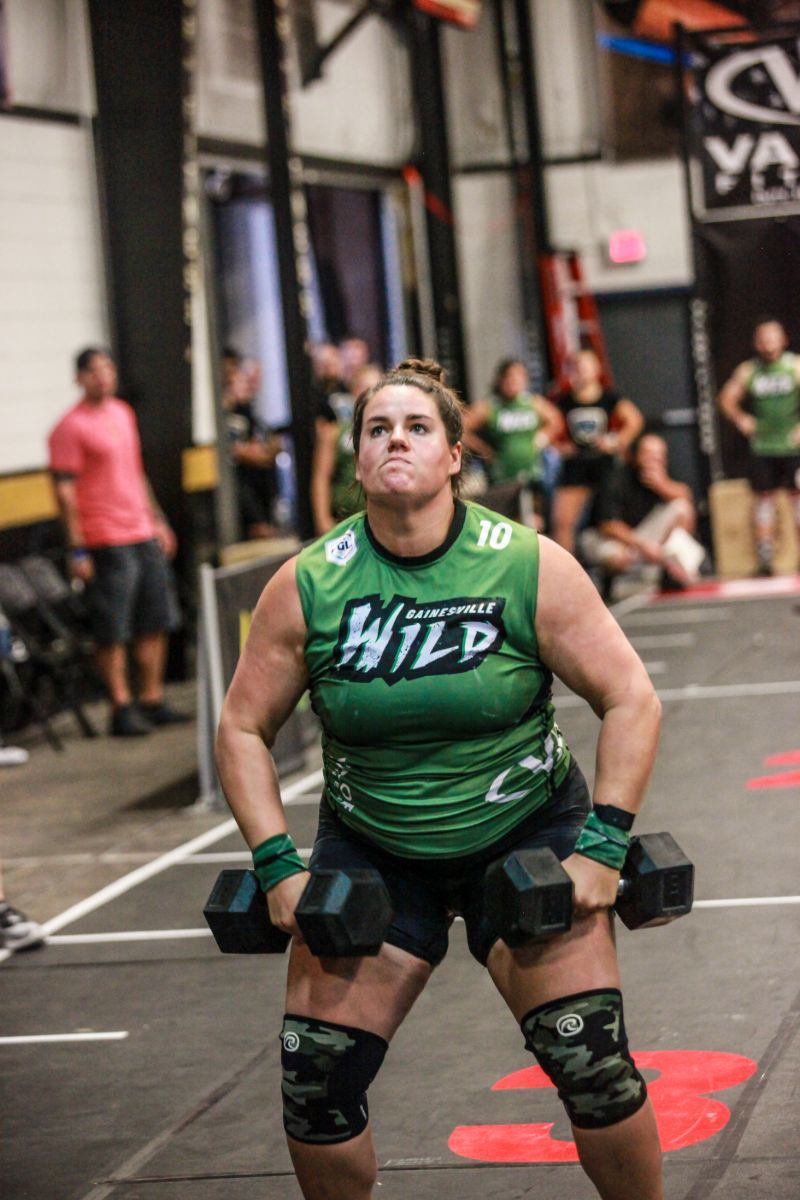 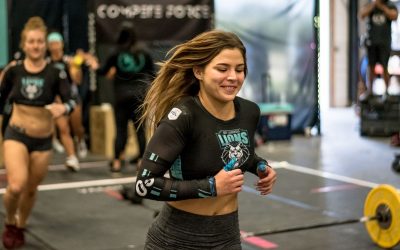 What is a brief overview of your origin story. Where you grew up, early family situation, athletic background, school, early jobs, travel, etc? Throughout my life I have always been an athlete, I start my curriculum in gymnastics, I did gymnastics for 12 years and... 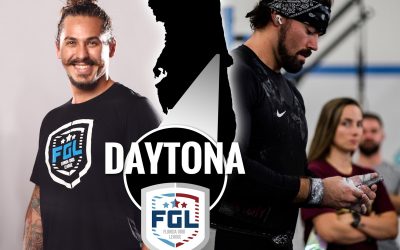 The 2022 Florida Grid League Season is heating up with the addition of a new team led by an Olympic level coach in Andrew Mattox of Amp Training out of Daytona Florida and Kid’s Grid founder out of South Florida in Paul Behar.  The team will fill the void recently... 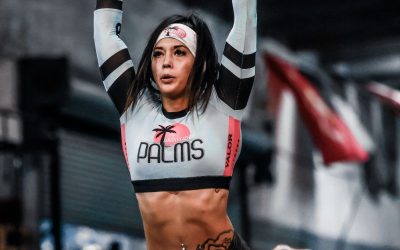 What is a brief overview of your origin story. Where you grew up, early family situation, athletic background, school, early jobs, travel, etc? Oh boy, origin story huh!? Haha well to start, I’m from a good ol’ small town in Fredericksburg, Virginia and have been a...