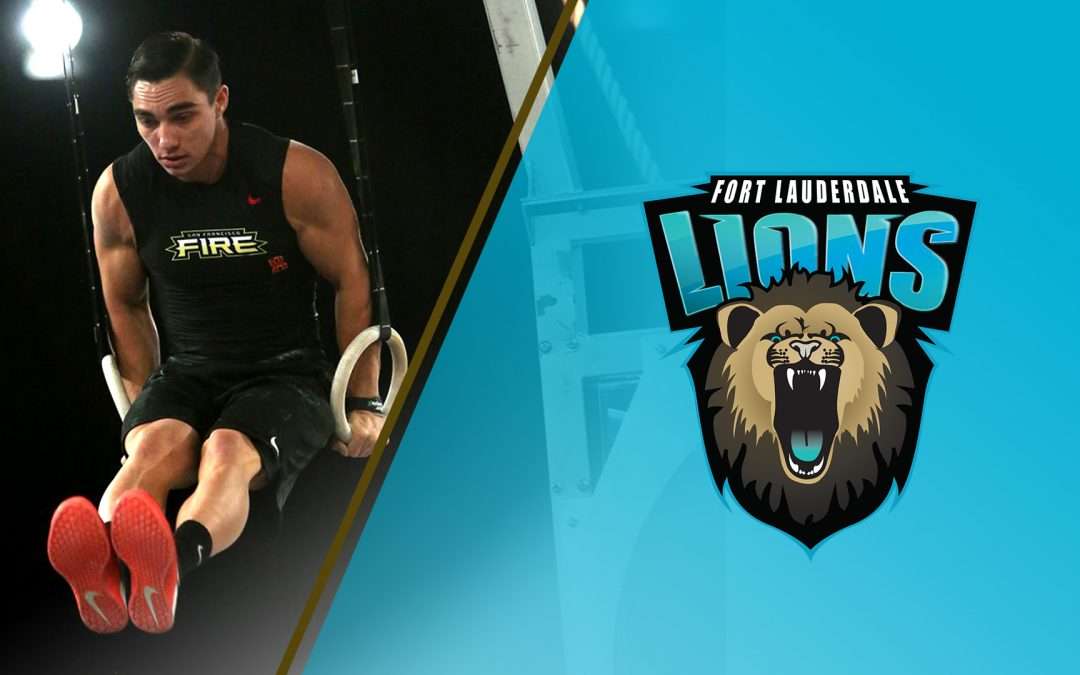 One of the unique aspects of the sport of GRID is that relationships play more of a role than they usually do in team sports. Last year Danielle Szpindor and Eric Cardona were a couple and coached the Palm Beach Elite together coming just short of the Championship win losing by a few points to the Tampa Bay Brigade. Since last year the couple split, and although on great terms, felt it best to move on to different teams.

This is great news for the Fort Lauderdale Lions who acquire one of the best bodyweight specialist GRID players in the world in Cardona. Not only will he help out head coach Jaime Gold where possible, with the new FGL Season rule allowing past pros to play, he plans to take the GRID for the Lions. He states:

“I’m super excited to play on the GRID again. My time on the San Francisco Fire was some of the best times I’ve ever had competing and I love the sport. I’ve also wanted to help the FGL from the beginning and this is a great way to do something I love and support something I believe in at the same time.”

Coach Gold says about this:

“Eric is a world class GRID player. His experience and skills are unparalleled and I couldn’t be more excited to have him on the team.”

With the Lions having some of the best female utility players in the League re-signed for 2018, the addition of Cardona, strong leadership in coach Gold and captains Alex Alvarez and Meli Alonso, and some of the new talent signed from their recent combine, they are poised to vastly improve upon last year’s record. Will they take home the Championship?

If you’re interested in playing in the League, get in touch for more information on their online Combine.