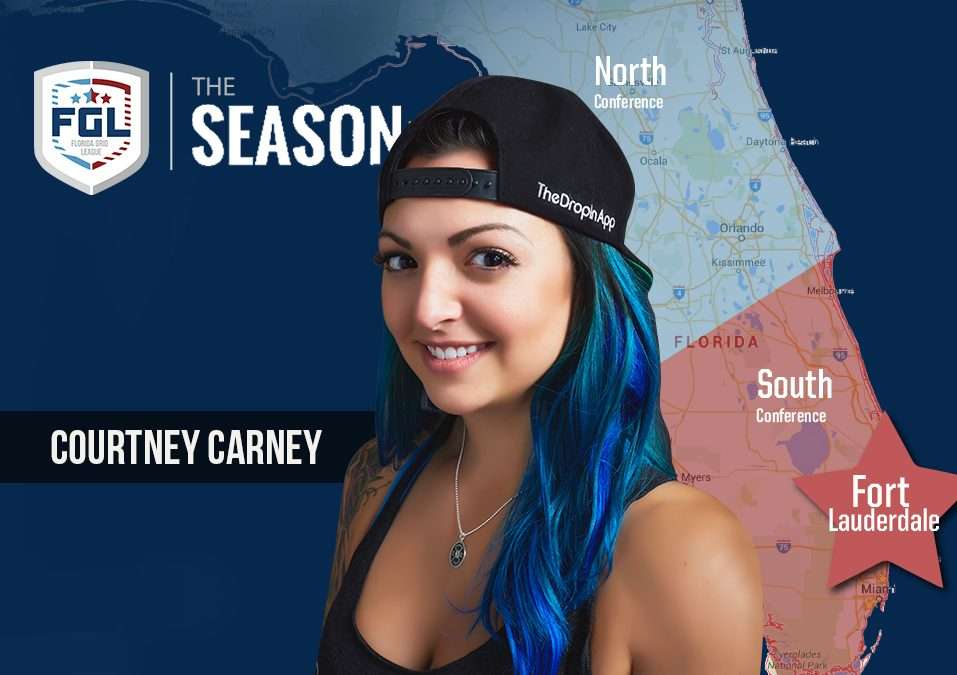 The Florida Grid League’s 6th announced team, of the 2017 FGL Season, hails from Fort Lauderdale and has been acquired by a GRID 6 competitor and South Florida fitness community staple, Courtney Carney.  The FGL Season will consist of GRID teams representing cities in Florida competing in a regular Season, Playoffs, and Championship for a $20k Grand Prize. Learn more about the FGL Season here.

Courtney has been a fan of the Miami Surge since they were announced and learned more about the sport through playing in GRID 6 Miami this past December. She is also the only woman team operator thus far. She states of the opportunity:

“I have believed a lot in the sport of GRID since the beginning. When this opportunity came about, I saw it as the perfect chance to get involved and support the companies, athletes, and gyms I have grown close with in my community. I can’t wait to hit the GRID and bring that trophy home to Fort Lauderdale.”

Courtney is a CrossFit Level 1 Trainer, Pn1 Sports and Exercise Nutrition Coach, and a full time production manager and event coordinator. After 17 years of playing competitive hockey, Courtney developed a great understanding of the value in being part of a team. She has loved the CrossFit community since the first day she walked into a box and picked up a barbell. She is very involved in the local fitness community and will go above and beyond to help others grow, connect, and thrive. Managing this team will be no exception as she has already set up her team to be provided with the necessary nutrition, recovery, and fun for each match.

If you are interested in playing for, or working with the Fort Lauderdale team, the FGL Season, or to find out what other team markets are available, learn more here or email info@thefgl.com.

This error message is only visible to WordPress admins