History Of The Team 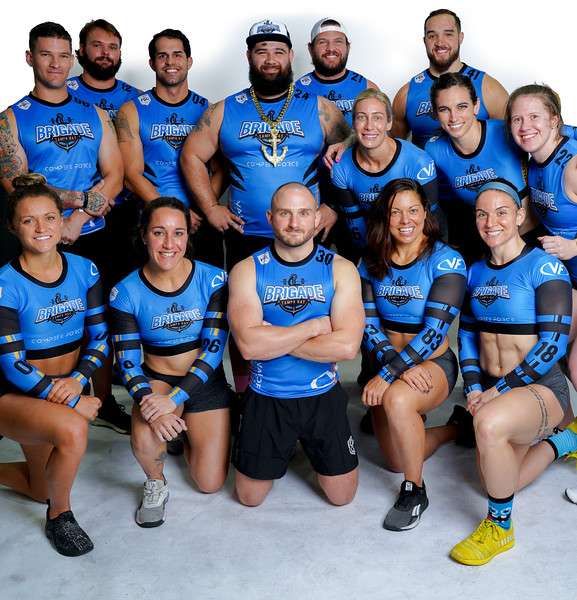 Best finish: First team to win the FGL Championships in the 2017 Season.

Notable Players
Resigns:
Jess Klezmien (#18) – Utility player
Jess has been involved in athletics since she was 4 years old. She participated in several sports like track, soccer, rugby, and CrossFit, being a CrossFit Games Sanctional Athlete in 2020.
Kimberlee DeKrey (#27) – Strength specialist
She is back for the 3rd year in a row, after she suffered an ACL surgery at the beginning of the year.
Noel Leka (#24) – Strength specialist
Noel ranked 1st in the state in USA weightlifting for 2019.

New Signs:
Abby Wilkins – (#3) – Bodyweight Specialist
She played on the team in the first season and took a couple years off to raise her baby.  This year she’s back on the Brigade.
Matt Cable  (#30)– Strength Specialist
Athlete in 5 different sports in high school. He made the Warrior Games team in 2017 for team Air Force and won 3 Gold medals and a silver. He competed on season 1 of NBC’s The Titan Games.

Notable Performances: In 2019, the Brigade had the only female in the North to complete all 10 muscle ups in the Echoes, twice.

Favorite races: Ladder – (holds the record for most points in 3 different match formats)

About: The Tampa Bay Brigade was the first team to win the Championships in 2017, and they’ve been known as a dominant team in the League ever since. 2020 was by far their worst performance, and they are looking to come back with a vengeance to reclaim the Northern Conference Champion title for the 4th time.