This former Miami Freak utility player (highlights shown from her time on the Freaks) served in the US Coast Guard out of Key West and would travel up to Miami to compete with her team. She since moved to California where she is currently a wildland firefighter.

Kelly is a sweetheart off the GRID but a badass on it and was a big contributor to her Freaks team. We are thankful for her time with us and proud of her for her incredible recent athletic success as a Titan! Be sure to tune in to see her compete again on the Titan Games broadcasts every Monday at 8:00 EST on NBC.

WHAT IS GRID? It is a true team sport where players accomplish feats of fitness in a game consisting of several short, fast, and extremely exciting races.  Men and women compete together on the same team and players showcase their strengths as their role on their team. We often get asked, what is the difference between GRID vs CrossFit? The main thing is, CrossFit (according to them) is a training methodology first, a competition second. We are a sport first. A coed team sport in which two teams race head to in a match consisting of 11 different races. Each race is made up of a series of movements. In GRID, overall fitness is not a requirement to excel. Specialists (often focused on a certain range of movements) thrive just as much as utility players (often well rounded and generally fit). The strength of the team overall is how well they are coached, strategize, gel together, and are properly suited physically to perform well. Want to play?

← How To Perform the Butterfly Muscle up by Paula Leyes. Video Tutorial is released Andrea Valdez describes how transitioning to GRID training benefited her as an athlete and bodybuilder → 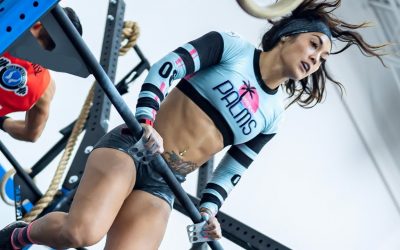 2021 was an amazing year for the sport of GRID! Grid League movements tend to be favorites and here are several great ones including back uprise, butterfly muscle up, deficit hand stand pushup, deck to pistol and deck to pullover. ---Content of this Video--- 0:00 -... 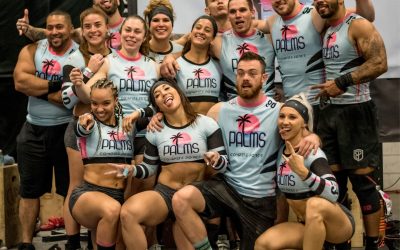 What do you do when you’re a sports league and are not allowed to host events?  When the COVID-19 pandemic hit in early 2020, the Florida Grid League was about to start their 4th season...players had been signed, sponsors were supporting them, and plans were made. ...