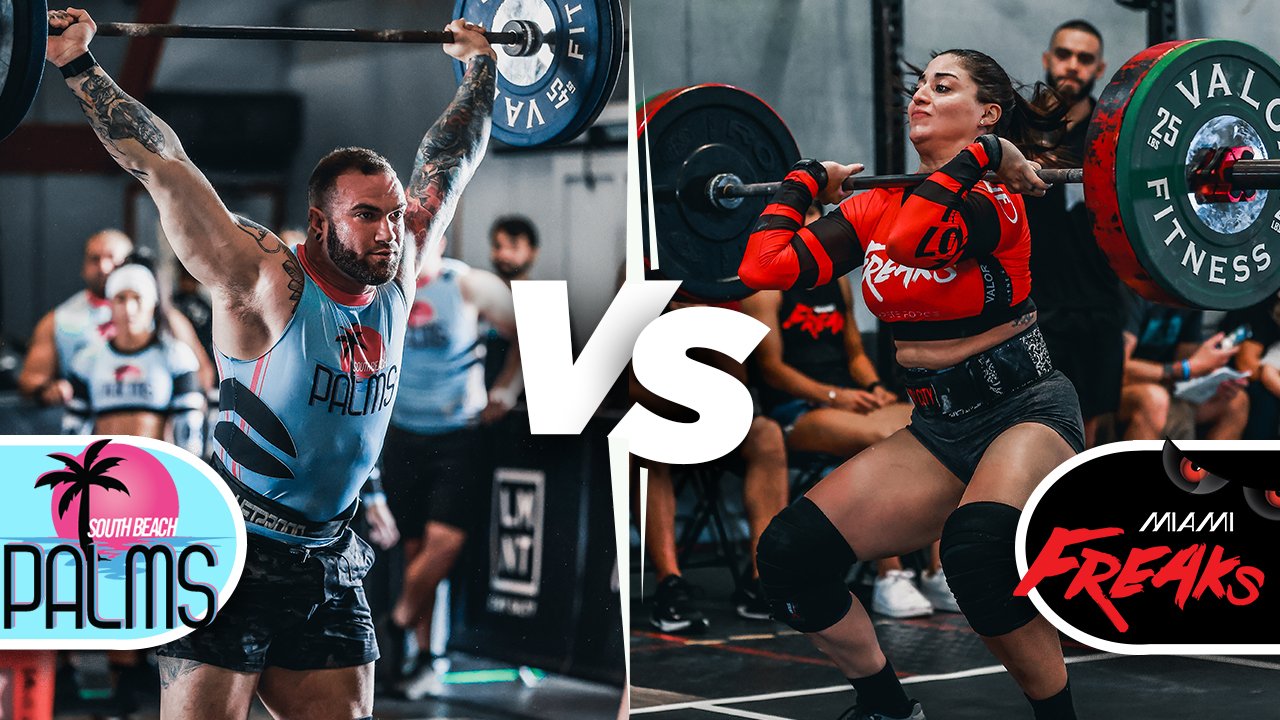 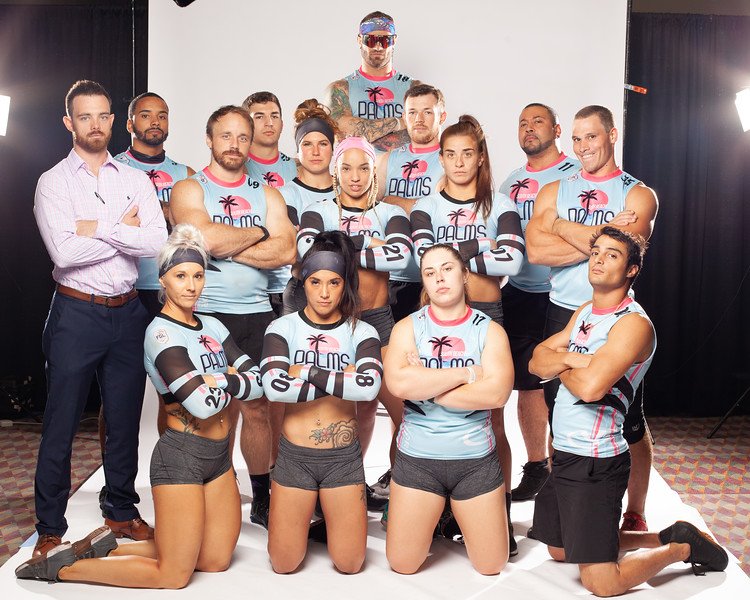 The Palms are undefeated in the South Conference, and the Freaks with a 2-2 record are coming to prove they deserve to go to the Championship.

The teams met in their first match of the double header on Aug 28th and the Palms narrowly took the win. The Freaks then played an intense back and forth match against the Breakers, securing the win and ultimately the right to move on.

Each team has strength in their female Utility players, with the Palms Heather Hudson and coach Bryleigh Hansen, and the Freaks’ Winter Rodriguez all considered among the top in the League. On the men’s side, Brett Henry for the Palms and Frantz Petitpapa of the Freaks have each come through in major moments for their teams this Season.

On the Specialists side, watch for rookie bodyweight specialist Kodi Schaffer who will be returning for the Palms after missing the double header due to illness. For the Freaks, bodyweight stars Paula Leyes and Andres Montenegro will undoubtedly be relied on heavily. JoJo Gomez (Freaks) and Cade Johnson (Palms) are two of the better closers in the League as well.

The Freaks had an intense and emotional team meeting at the last match, suggesting some internal turmoil, but have been practicing regularly in recent weeks and will look to come together strong when it matters most. The Palms have looked untouchable this Season but because many of the players don’t live in the same area, they have not been able to practice as much together leading up to this match. It is sure to be a nail-biter.

Whoever wins this Conference Final will be playing later that day in the Championship match. Will it be the relatively new South Beach Palms, or the veteran Freaks looking to win their second South Conference Championship? Watch on Oct 9th. 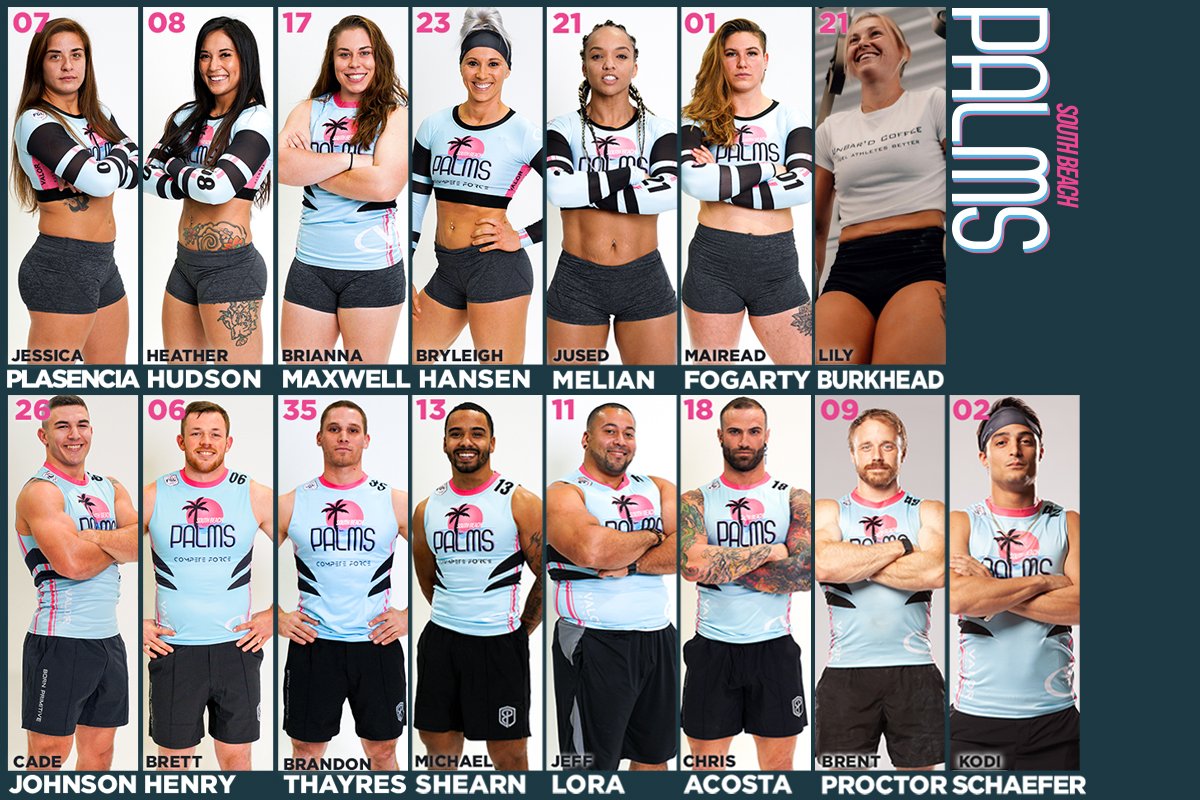 Starter – the first 5 players in either gender allowed to play in a match.

Alternate – a non-starter that can be activated by benching an active player for the remainder of the match.

WildCard – the only alternate able to be activated without permanently benching an active player. A WC is limited to 2 races per match.

Get Tickets
Learn more about the Palms 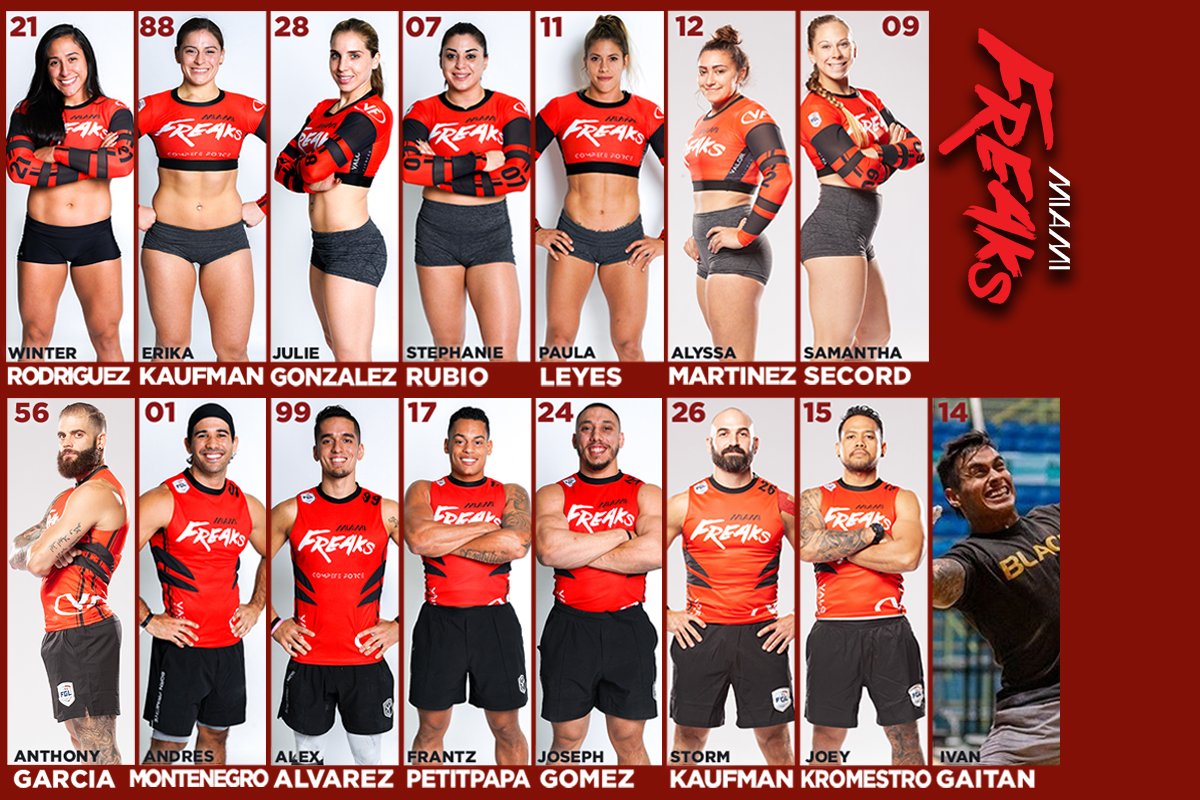 Starter – the first 5 players in either gender allowed to play in a match.

Alternate – a non-starter that can be activated by benching an active player for the remainder of the match.

WildCard – the only alternate able to be activated without permanently benching an active player. A WC is limited to 2 races per match.

Get Tickets
Learn more about the Freaks

You can find out more about which cookies we are using or switch them off in settings.

This website uses cookies so that we can provide you with the best user experience possible. Cookie information is stored in your browser and performs functions such as recognising you when you return to our website and helping our team to understand which sections of the website you find most interesting and useful.

Strictly Necessary Cookie should be enabled at all times so that we can save your preferences for cookie settings.

If you disable this cookie, we will not be able to save your preferences. This means that every time you visit this website you will need to enable or disable cookies again.